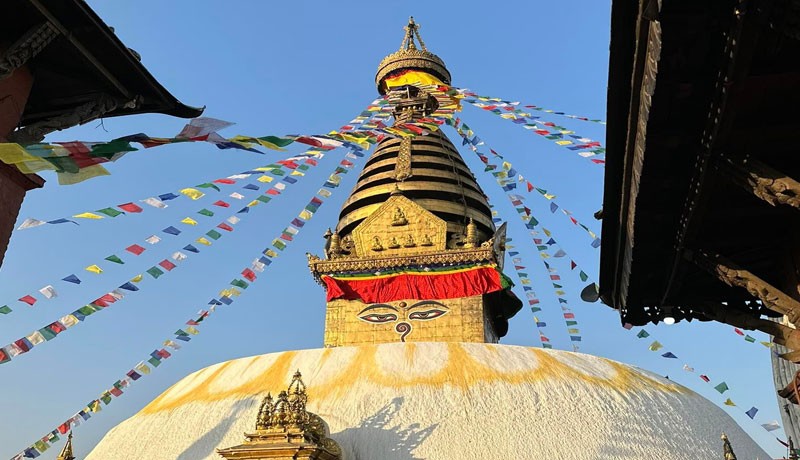 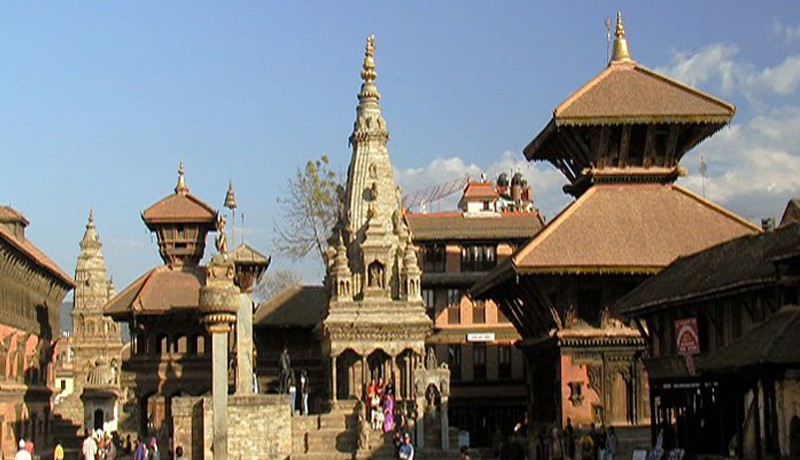 We organize a daily  Kathmandu Day Tour including four papular world heritage site Swyambhunath Stupa, Kathmandu Durbar Square, Bouddhanath, and Pashupatinath Temple which are great fascinating day tour of 4-5 hours duration in the comfort of spacious seated vehicles lead by our Nepal Spirit Adventure expert guide showing you the wonders of medieval period Kathmandu. Even though Kathmandu is a busy commercial and capital city of Nepal, but still retains its old traditional way of life in the backdrop of ancient culture with historical and religious sites.

Kathmandu City Day Tour leads you to the impressive old Durbar (palace) square, temples, and monasteries all listed as world heritage sites. Perhaps Nepal is the only country in Asia with most of the world's best heritage sites which includes countless historical monuments blending well of both religions Hinduism and Buddhism.

In Kathmandu with a morning sightseeing tour at places of interest around Kathmandu City Sightseeing Tour, exploring local culture and way of life as it was for the past hundreds of years, after breakfast our expert city guide will take you on a tour of great delights with full of interest.

The day tour starts with visiting the holy and ancient Pashupatinath Temple, a pagoda-style Hindu temple with gilt roofing and richly carved silver doors dedicated to Lord Shiva situated at the bank of the holy Bagmati River. One of the most sacred temples in the entire Hindu world, Pashupatinath Temple is the nerve center of pilgrimage on the day of Shiva-Ratri (Shiva’s birth anniversary)

The small religious townhouses of the great temple are known as Debpatan and are situated 5 kilometers east of the capital city. Only Hindus are permitted to enter the main courtyard of the temple. Non-Hindu tourists can view the temple from the eastern side of the Bagmati River. After a great moment, a short drive leads to Bouddhanath also known as ‘Little Tibet’ where Tibetan origin people are seen.

Bouddhanath's huge dome-shaped Stupa stands as the largest Buddhist shrine in South Asia. The ancient colossal Chorten was built in the 6th century A.D. by King Man Deb. It rests on a series of three terraces and from the bird's eye view, it takes the relevant shape of a lotus flower which indeed remains a very holy object for all the devout Buddhists of the world. The Chorten is surrounded by a circular market, which forms a part of Tibet town. In this case, also the four pairs of the Buddha's eyes give a vivid flash to the four cardinal directions, meaning to keep a diligent watch over the people and their commitments all day and all night. The chortens embrace the authentic philosophy of Mahayana the faith of which is known as Lamaism in Sikkim, Ladakh, Bhutan, and Tibet.

The Square teems with colorful life with Kastamandap a rest house, built with the wood of a single tree, and is the source from which the Kathmandu Valley got its name. Nearby are great drums that were beaten to announce royal decrees. All woodcarvings, statues, and architecture in this area are exceptionally fine, and Kathmandu Durbar Square is among the most important sights for travelers to see. The complex also houses the Tribhuvan Museum which carries the mementos of different Shah Kings.

Other places of interest in the square are Akash Bhairab Temple, Hanuman Dhoka, Temple of Kumari, and Kastha-Mandap. After a glorious moment, a short drive leads west of Kathmandu suburb visit of ancient Swayambhunath, the oldest landmark of Nepal also known as Monkey Temple to foreigners. They are believed to be 25 centuries old and stand as one of the world's oldest Buddhist Chaityas.

The Great Stupa of Syambhunath is the wonder that was Nepal, the glory that was Nepal. It is indeed listed as a World Heritage for Site to prove that it serves as the nerve center of faithful worship for all the devout philosophy of Vajrayana in particular and honors Lord Adi-Buddha. It is dedicated to the self-originating flame of God. The stupa, which forms the salient structure, is well composed of a solid hemisphere of terra-cotta bricks and soil supporting a cornice of copper and gilt. Painted on the four-sided base of the spiral are the all-seeing eyes of Lord Buddha, keeping an eternal watch on the Valley distinguishing between vice and virtue. It is some two miles west of Kathmandu City proper across the holy Bishnumati River. Situated on the top of a hillock, it is about 500 feet above the level of the Valley. The whole hill is a mosaic of small Chaityas and pagoda temples possessing great five Mahayana (Lamaism) and one Hinyana (Theravadas). On the hill is located another important Buddhist shrine; it is called Manjushree. This Chinese Buddha is the God of Knowledge. Our Kathmandu City Sightseeing Tour concludes with a short drive back to your hotel.

Our day tour of Kathmandu city tour crews pick up you from your hotel around 9:30 AM in the morning for full day Kathmandu city sightseeing tour one of the major world heritage sites in and around Kathmandu such as Basantapur, Hanuman Dhoka (Kathmandu Durbar Square), Swayambhunath temple (the Monkey Temple) the Hindu temple Pashupatinath or the Boudhanath stupa, one of the biggest in the world and its surrounding area.

All our published dates are guaranteed departures. If the dates don’t match your travel plans, we are more than happy to create your desired date. Let us know what kind of trip you are looking for and our travel experts will help plan your tailor-made trips to your dream destination.

How I Get Nepal Visa?

You can get a Nepal visa upon your arrival at Kathmandu international airport, if you use overland service from India or China Nepal visa can receive on the Nepal border. If you want to apply for the Nepal visa service before you arrive in Kathmandu online service is available.

Tourist visa extension is done for a minimum of 15 days with USD 45 and USD 3 per day for additional days. In the case of a delay of fewer than 150 days additional USD 5 per day as of late fine.

As per your comfortable stay in the Kathmandu hotel, we can also help you to book any category hotel in Kathmandu just contact us, and will as pleased to provide your airport arrival and departure vehicle service as per your requirement.

We had really amazing day tour of Kathmandu valley, guide shree must be the best tour guide for Kathmandu valley, he knows all about monkey temple, Pashupatinath temple, Boudhanath stupa, and Kathmandu durbar squire. If you were trekking in the Himalayas do not miss doing a one-day city tour of Kathmandu valley with Nepal Spirit Adventure crews, they were really professional about the cultural heritage tour of the valley, and their price is so reasonable and everyone can acceptable we highly recommend this adventure company for anyone!! visited at 2022/10/11.

First time in Nepal, we book our tour holiday- Kathmandu city sightseeing tour-Pokhara trip-River rafting, and Chitwan jungle safari tour with Nepal Spirit Adventure. Ram was so friendly and swift email replied whatever we had a question regarding of our Nepal tour, himself came to airport pickup service even our international flight was delayed, he waited in KTM-airport. We are very happy with Nepal Spirit Adventure services: Hotel in Kathmandu, Pokhara, and Chitwan every place booked a comfortable deluxe room, the tour guide was knowledgeable from beginning till end of our trip.

We enjoyed also Trisuli river rafting even it was only 2 ½ hours but fantastic, Ram arranges a comfortable vehicle, the driver was kind and good skill. During our stay in Chitwan national park was absolutely perfect, had a great experience elephant ride and a jeep ride.

We were 100% satisfies with the Nepal Spirit service and would confidently recommend them to anybody who wants to do any trip-tour book with NSA without any hesitation. Thanks, Ram Thapa Magar and his team for making our trip an awesome experience.

Duration: 1 Days
Price: US$60 per person
(All Inclusive Price)
Book This TripCustomize My Trip
Based on 2 reviews
View Gallery Download the trip or Print It