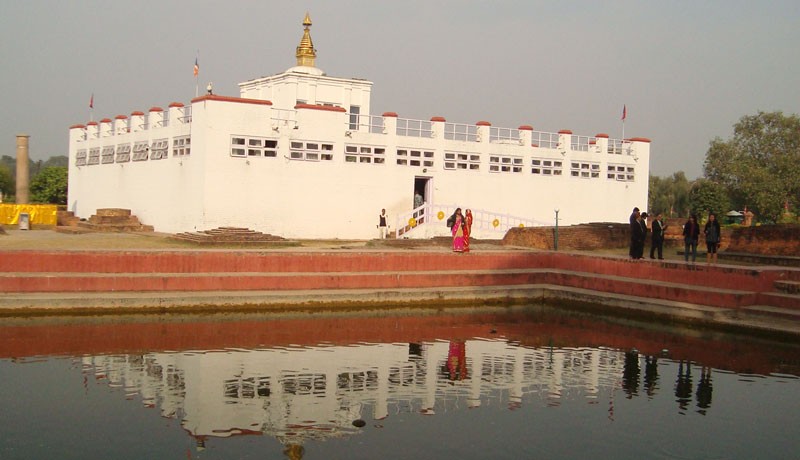 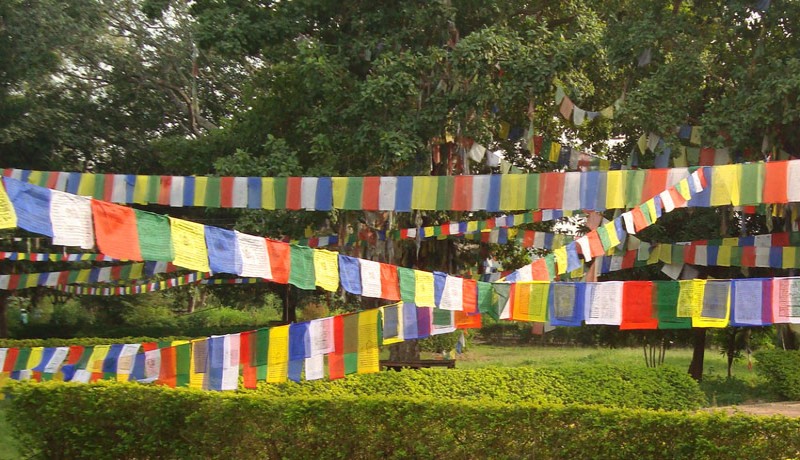 Lumbini Tours bid you exploring Kathmandu cultural heritage sightseeing tour; it is located in the southern plains of Nepal near the border of India. Lumbini is famous as the birthplace of Siddhartha Gautum, later known by the little of Buddha. It is here that his mother held on to a sal tree for support while giving birth to her illustrious son. The area is marked by Maya Temple, with a nearby small pond and a pillar built by the great emperor Asoka as well as visiting Maya devi temple and various Buddhist monasteries.

Have you heard about Buddha or been following this teaching to live a happy life? Do you wish to visit sacred birthplace of Buddha?

Lumbini Tour is one of the best ways to visit Lumbini, the holy birthplace of Buddha and fountain of world peace a symbol of peace and wisdom is also honored as the light of Asia was born 2500 years (In 623 BC). For many people in this world, Buddhism goes beyond religion and is more of a philosophy of life and explains the purpose of life. Further, it explains apparent injustice and inequality around the world and it provides a code of practice or way of life that leads to true happiness.

Visit to Lumbini tour to Lumbini is also not only popular for Buddhists religious people but this place also admired for any individual searching for peace and serenity in the human life which is located In the south-western Nepal, in the Terai (plain-land) approximately 300 km way from Kathmandu, capital city of Nepal.

Buddhist from around the world venerate Lumbini, Nepal as one of four sacred places of the Buddha’s life and times. It was here on a full moon May circa 623 B.C.E that he was born his into royal family under a sul. (shores Robusta) tree.

His mother (Maya Devi) died a week after giving birth, and he was thereafter raised by an aunt at the royal compound in Tilaurakot west of Lumbini. The holy book also says that “Maya Devi” felt the onset of labor pains and she grabbed the branches of a shade tree and game birth to Lord Buddha immediately after birth, the Buddha is said to have announced that it was his final rebirth and took seven steps and uttered epoch making message to the suffering humanity immediate.

How You Can Start This Holy Tour

After a day of exploring some incredibly beautiful Buddhist spiritual and cultural heritage sites in Kathmandu valley, the tour goes to explore Lumbini, the birth place of Gautum Buddha. While in Lumbini, you will explore Mayadevi temple to see the mark of his birth that Buddha left when he was born on a piece of stone you can stroll around and visit monasteries of different traditions from around the world then scenic flight to Kathmandu.

Worth to Visit Lumbini Museum

Lumbini Museum is worth a visit containing historical and cultural artifacts and costumes which is an enlightening experience about Buddha and Buddhism. This trip is a true respect to the founder of philosophy to eliminate from human life.

A journey to Lumbini offers both historical importance and spiritual satisfaction for travelers seeing something beyond the ordinary. The tranquil site is of celebrated significance to Nepal and the Buddhist communities around the world.

Arrival in Kathmandu, Nepal! As soon as you come out of the Kathmandu airport, you will find our representative waiting for you in the waiting area right outside the arrival lounge. You will be warmly greeted and welcomed by the representative and led to the vehicle. Our vehicle will take you to the trip hotel, most of the time in Thamel, that is 20-30 minutes drive, depending upon traffic, from the airport.

After you check into the hotel, you can take relaxing time on your own as there are no activities scheduled for today, except our trip briefing meeting. We will let you know about the briefing timing upon your arrival.

Enjoy your breakfast at the hotel. We come to take your for a wonderful cultural heritage tour of Kathmandu valley. As part of the tour, we are going to visit four of the UNESCO Heritage monuments in Kathmandu valley. The places we visit today are incredible mixture of culture, history, spirituality, art and stories overnight in hotel.

Believed to have been created on its own, this Budhhist stupa is the oldest of all the monuments in Kathmandu valley. Standing atop a small hillock, Swoyambunath, known as monkey temple amongst tourists, provides a fascinating view of the valley, surrounding hills and snow-capped mountain at the distance on a clear day.

One of the three medieval palace squares, Patan Durbar Square holds its medieval art and architectural grandeur. Amazing skill of the artisans is evident in each and every building that stands in the square. The square comprises of medieval palace, temples and museum.

This site is the most sacred Hindu temple area in the country. But, as the temple is strictly a Hindu only area, non-Hindu tourists go there to watch the unique Hindu cremation rituals on the bank of River Bagmati. The death rites of Hindu family there are so engrossing and heart-touching which make you feel the moment. It's not any kind of intrusion in being there and watching somebody being cremated in an open ground. It's a great cultural experience.

This giant Buddhist stupa is considered as the biggest one in the world. This small square with giant shrine has a powerful presence of the spiritual vibrations. It's an important pilgrimage site for the people following Tibetan Buddhism.

Day 3: Drive to Lumbini by car overnight in hotel

It is the day that we drive to Lumbini, the birth place of Buddha. A whole day overland journey lies ahead for us. The journey goes through beautiful rural settings. The highway stretches first through middle hills of Nepal along the river banks to meet plain land in Chitwan. From Chitwan onward the journey is on the flat plain in most of the stretch. Once we reach Lumbini and check into our hotel, we can laze around to release the stiffness and tiredness of sitting whole day on vehicle.

We are on a spiritual pilgrimage of the birth place of Buddha. We explore sacred places in Lumbini today. Our exploration of the area will take us to visit the Sacred Garden, Mayadevi temple, Pushkarini (the sacred Pond), World Peace stupa, monastic zone, and museum. The full day exploration of Lumbini will bring us to a closer understanding of life of Buddha. It is an amazing day of paying respect to the person who propounded a way to the happy life.

Day 5: Fly back to Kathmandu overnight in hotel

We fly back to Kathmandu from Lumbini/ Bhairawa today. We are avoiding long day of road journey along the same highway this time so that we can save some time to wander around in Kathmandu. Once we are in Kathmandu, we go to hotel and spend the whole day at leisure on our own. Finding relieving massage, good food, souvenir shopping, and wandering around can keep you busy for the day.

A farewell dinner is scheduled for this evening. We will let you know the departure time for dinner once we reach Kathmandu.

The final day of the trip, we drive you to airport for your scheduled flight home bound or other destination. We will pick you up 3 hours prior to your flight schedule.

All our published dates are guaranteed departures. If the dates don’t match your travel plans, we are more than happy to create your desired date. Let us know what kind of trip you are looking for and our travel experts will help plan your tailor-made trips to your dream destination.

Duration: 6 Days 5 nights
Price: US$690 per person
(All Inclusive Price)
Book This TripCustomize My Trip
View Gallery Download the trip or Print It